Hundreds of crew members from the aircraft carrier USS Theodore Roosevelt, which was docked in Guam in April, have tested positive for the coronavirus. Tony Azios/AFP via Getty Images hide caption 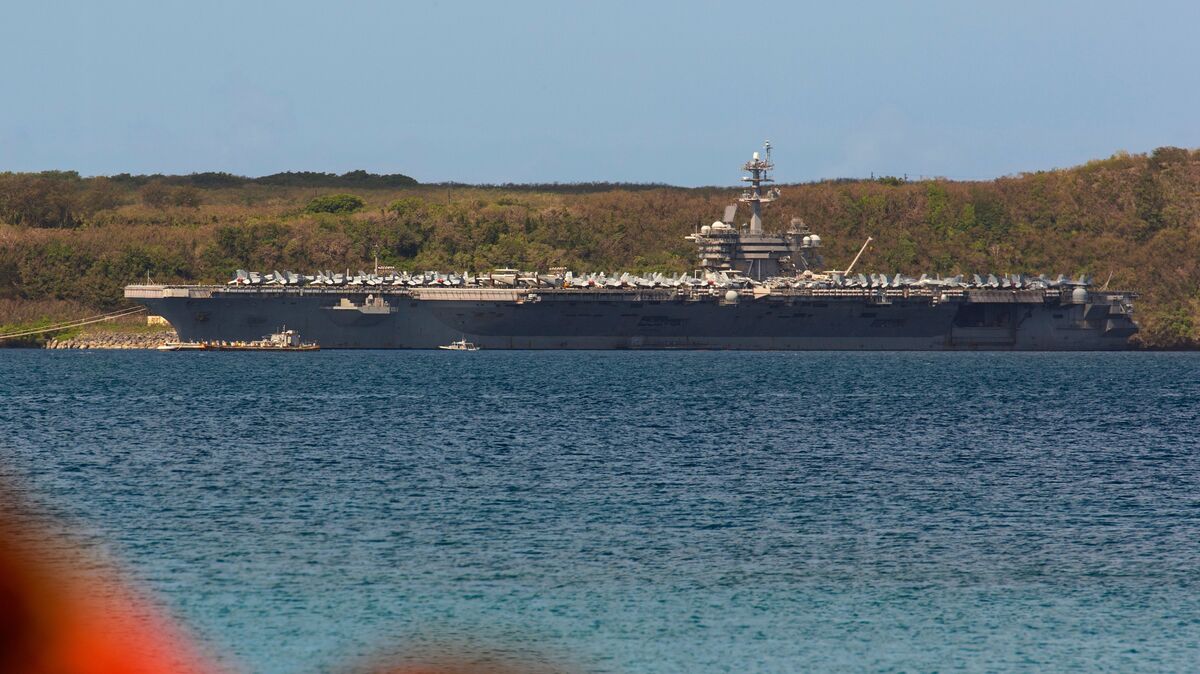 Hundreds of crew members from the aircraft carrier USS Theodore Roosevelt, which was docked in Guam in April, have tested positive for the coronavirus.

The U.S. Navy says 13 sailors from the USS Theodore Roosevelt who had apparently recovered from the coronavirus and had received negative test results have now tested positive for a second time.

In a statement released earlier on Saturday when five sailors were found to have retested positive, the Navy said the sailors had “met rigorous recovery criteria, exceeding CDC guidelines,” including testing negative for the virus at least twice, but have now retested positive. The statement said the sailors had been monitoring their health and adhered to social-distancing protocols while on board the Roosevelt, which has been docked in Guam following an outbreak infecting hundreds of crew members.

“These five Sailors developed influenza-like illness symptoms and did the right thing reporting to medical for evaluation,” the statement said.

The Navy has since confirmed to NPR that an additional eight sailors have retested positive for coronavirus, bringing the total to 13.

The Navy said the sailors were removed from the ship and placed in isolation, and are receiving medical care. A “small number” of sailors who had been in contact with them also were removed, retested and quarantined, officials said.

In an email to NPR, a Navy spokesperson said the sailors with new positive tests are receiving medical support on Naval Base Guam, and none are currently aboard the ship.

Public health experts are trying to learn more about why patients sometimes test positive for the coronavirus after appearing to recover. As NPR has reported, authorities in South Korea have documented a growing number of such cases. Health officials have said they believe the virus may be capable of becoming dormant and later reactivating in some people’s immune systems.

Stanley Perlman, a professor of microbiology and immunology at the University of Iowa, recently told NPR’s Nell Greenfieldboyce that patients who recover from the virus may have at least some level of protection from it in the future, but much remains unknown.

“Based on other infections where you get a deep lung infection, you are usually protected against the second infection. If you just have a mild COVID-19 infection that involves your upper airway, maybe it will behave like a common cold coronavirus and maybe you can be reinfected again,” Perlman said. “We just really don’t know. It’s even hard to speculate.”

As reported by NPR’s David Welna, the USS Roosevelt was at the center of a controversy over the firing of the warship’s skipper, Capt. Brett Crozier, who complained that the Navy was not adequately responding to the outbreak aboard the ship. One sailor assigned to the ship died in April from complications related to COVID-19, and others were hospitalized.

As reported by NPR’s Tom Bowman, the Navy has been considering a request to reinstate Crozier. In late April, acting Navy Secretary James McPherson called for a “deeper review” of the incident.