A shopper buys vegetables last month in Vientiane, Laos. The government announced that some offices and businesses will resume normal operations on Monday. The country has confirmed 19 COVID-19 cases and no deaths. Xinhua News Agency/Xinhua News Agency/Getty Images hide caption 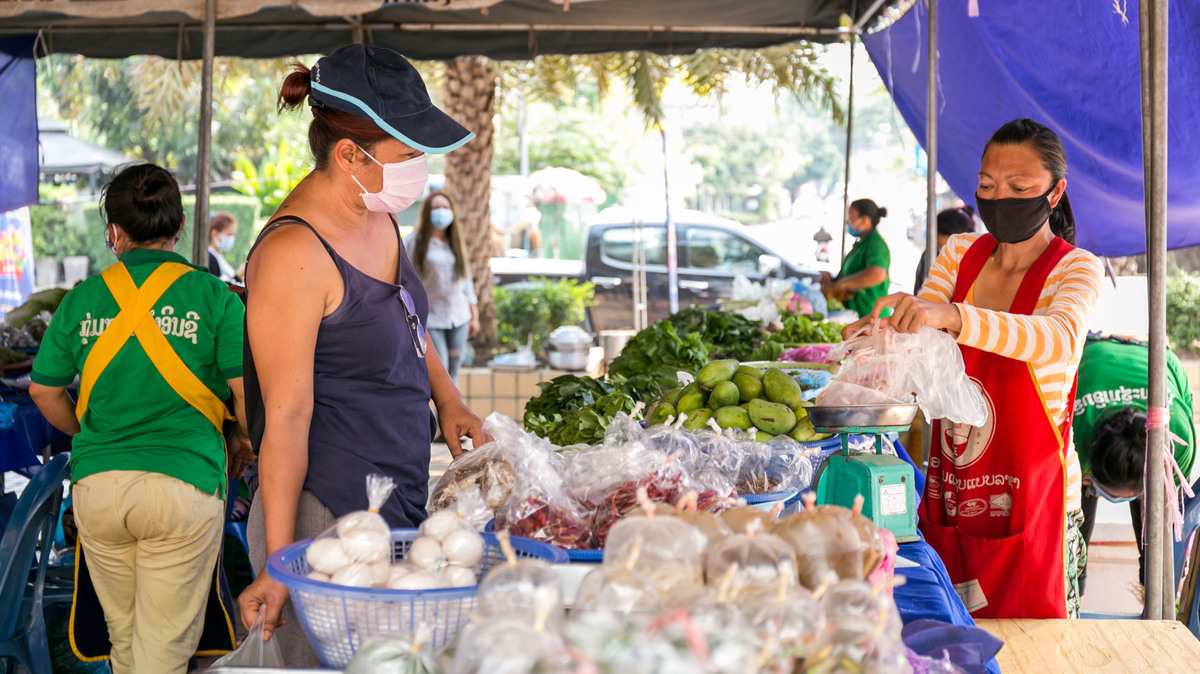 A shopper buys vegetables last month in Vientiane, Laos. The government announced that some offices and businesses will resume normal operations on Monday. The country has confirmed 19 COVID-19 cases and no deaths.

Officials in the Lao People’s Democratic Republic say they are ready to further lift lockdown restrictions. Confirmed COVID-19 cases in Southeast Asia’s only landlocked country have remained steady at 19 for over a month, and there are zero reported deaths.

After a strict nationwide lockdown was partially lifted earlier this month, restaurants, some retail and service businesses like salons and auto shops were allowed to open, but people could not travel outside their provinces. Offices were allowed to reopen if they adopted “rotating shifts,” the Nikkei Asian Review reported.

The country’s National Task Force for COVID-19 Prevention and Control announced at a Friday press conference that more offices and businesses will resume normal operations on Monday, May 18. Some schools will reopen and certain sports activities will be permitted, reports The Laotian Times.

Laos’ 7 million citizens will also be allowed to travel domestically, though foreign travelers are still not allowed in.

Officials stress that social distancing and other preventive measures are still in effect — and if more cases appear, strict rules such as shuttering businesses and banning social gatherings will be reimposed.

The government’s lockdown has largely succeeded in containing the coronavirus, “but it’s not good for the business and the economy,” a restaurant owner in the capital Vientiane tells NPR. The owner did not want to be named, for fear of retribution from the Communist government. The restaurant nearly went under after it shifted to takeaway-only service and there were few customers.

“Many Laos citizens who invest in their own businesses complain a lot and hurt a lot” from the lockdown, the restaurant owner says.

The owner and others are skeptical of the official claim that the country only has 19 COVID-19 cases. Laos shares a border with — and is heavily dependent on tourism from — China.

“Many people complain and ask the question [if there are more cases] to each other, but they feel uncomfortable about asking the government,” the restaurant owner says.

Laos’ first cases were confirmed on March 24. The government says through aggressive testing of migrant workers and travelers entering the country, it has managed to achieve the lowest number of cases in Southeast Asia.

Laos is moving quickly to reopen relative to other countries in the region. Small economies took an immediate, direct hit because of COVID-19, Marc Mealy of the U.S.-ASEAN Business Council tells NPR.

“Closing the borders obviously has a direct kind of shock,” he says.

While Laos’ GDP has consistently grown over the last few years, it was only about $18 billion in 2019, according to the International Monetary Fund. The IMF ranked Laos’ GDP 35th out of 42 countries in Asia last year.

Mealy says the Southeast Asia region will likely see average GDP growth of just 2% to 3% for 2020. That’s compared to the 4.9% growth the Asian Development Bank predicted for the region before the start of the year.