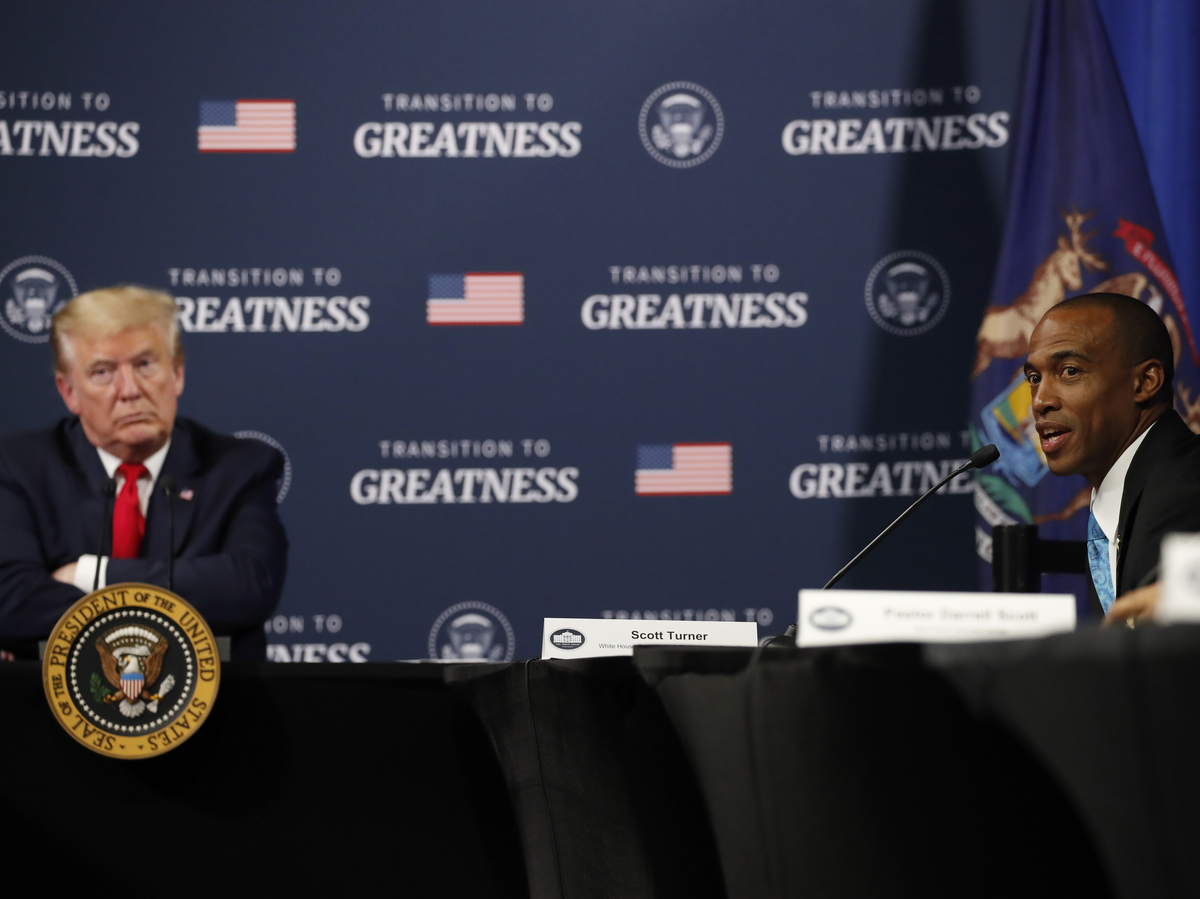 President Trump listens as Scott Turner, executive director of the White House Opportunity and Revitalization Council, speaks during a meeting with African American leaders in Michigan on Thursday.

The White House is looking at extending a tax break for investments in certain low-income neighborhoods as it tries to find ways to address the devastating impact of the coronavirus on communities of color in America.

A provision in the 2017 tax cut law allows investors to defer and lower their capital gains taxes through 2026 if they invest their profits into designated “opportunity zones” –- areas struggling with high unemployment and low wages.

White House adviser Ja’Ron Smith told NPR that the administration is looking “at ways that we can extend the legislation.”

Ja’Ron Smith, a top White House aide to President Trump, says the administration is looking for ways to extend its Opportunity Zone program in the wake of the coronavirus pandemic. Andrew Harnik/AP hide caption 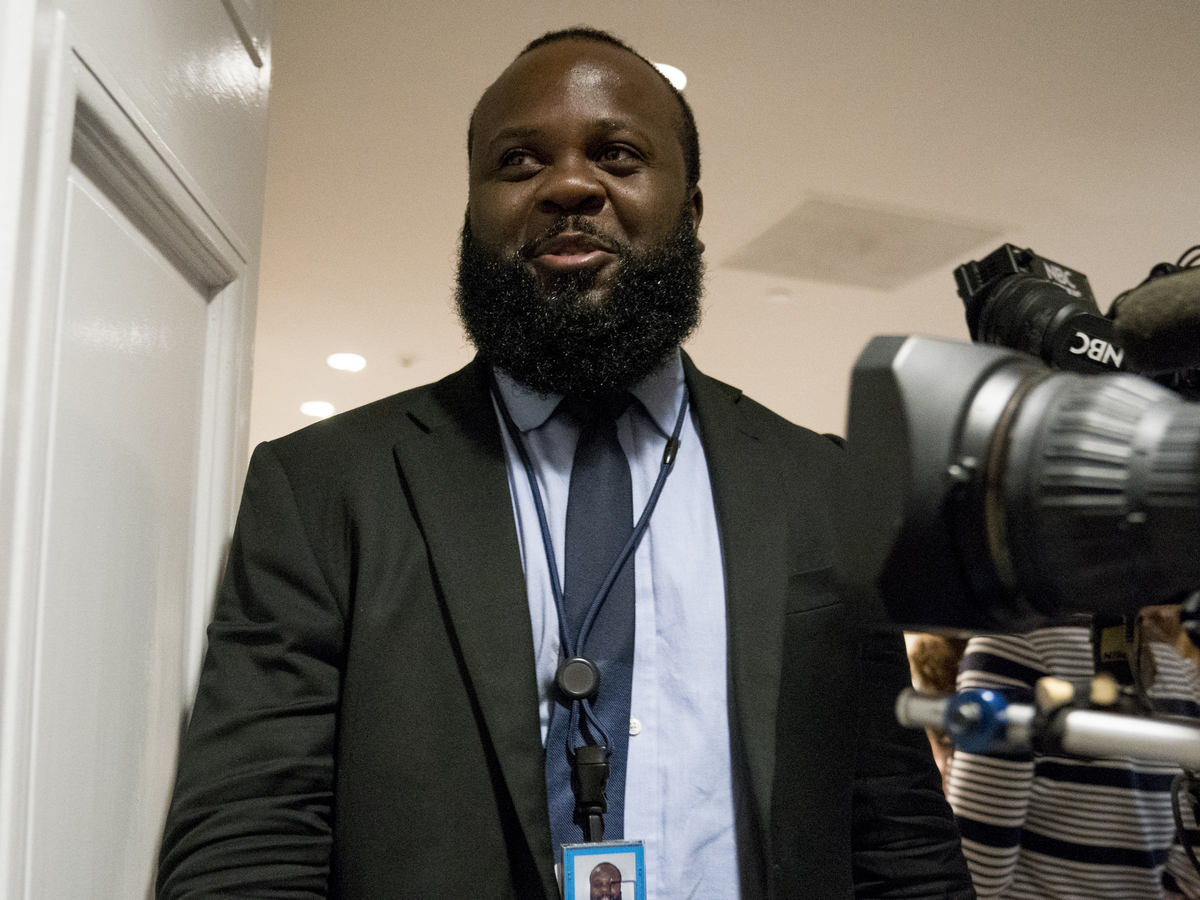 Ja’Ron Smith, a top White House aide to President Trump, says the administration is looking for ways to extend its Opportunity Zone program in the wake of the coronavirus pandemic.

“We’re having conversations with leaders to figure out how to best approach that,” Smith said. “It’s a tool and there’s a number of other tools we want to leverage, but we want to holistically figure out how we can be a good federal partner.”

Smith declined to offer details on what an extension might entail.

Opportunity Zones have been a centerpiece of Trump’s reelection pitch to African American and Latino communities. But the coronavirus pandemic has brought the once booming economy that fueled these projects to a halt. Lawmakers are now asking the administration to make adjustments.

Supporters of the tax breaks argue that the more than 8,700 zones have driven transformative investment in areas that otherwise would have been left behind.

“One of the things we’re very proud of is Opportunity Zones,” President Trump said at a cabinet meeting this week.

The program has not been without controversy, though. Critics say the tax incentives have benefited wealthy and connected investors more than local residents. The law also does not include reporting requirements that would enable the government to measure and track the effects of these investments.

Once the pandemic hit, Republican Senator Tim Scott — a leading advocate for the tax breaks — called for the Treasury Department to immediately relax some of the deadlines for investing profits in the zones.

One Republican-sponsored bill in the House of Representatives would also push the overall program out to 2030 to allow more time for investments.

The additional leeway could make a difference, said Mark Elliott, managing partner for the South Carolina Opportunity Fund. Funds like Elliott’s are the vehicle that investors use to get money behind projects in the zones and receive the tax benefits.

“It’s not going to hurt, and it may help a lot,” Elliott said. “Extending it and loosening and making it a little broader, maybe that encourages more people to want to start businesses and to come back in these areas.”

Elliott’s fund has $250 million invested in projects in zones right now. He said that some deals have slowed down due to the pandemic, but other avenues have also opened up, including the potential for developing a face mask manufacturing plant in South Carolina.

The pandemic has had a devastating and disproportionate impact on black Americans, Latinos and other people of color in the United States.

The White House has been looking for ways to address these disparities through an interagency council that previously had solely been focused on boosting opportunity zones. White House aide Smith said the council, led by Housing and Urban Development Secretary Ben Carson, has been talking with minority business organizations and advocates about legislation or administrative actions that could help.

“The overall goal is prosperity everywhere,” Smith said. “The COVID pandemic may have set us back in historic ways. However, that goal is still for everyone to realize the American dream and have access to opportunity.” 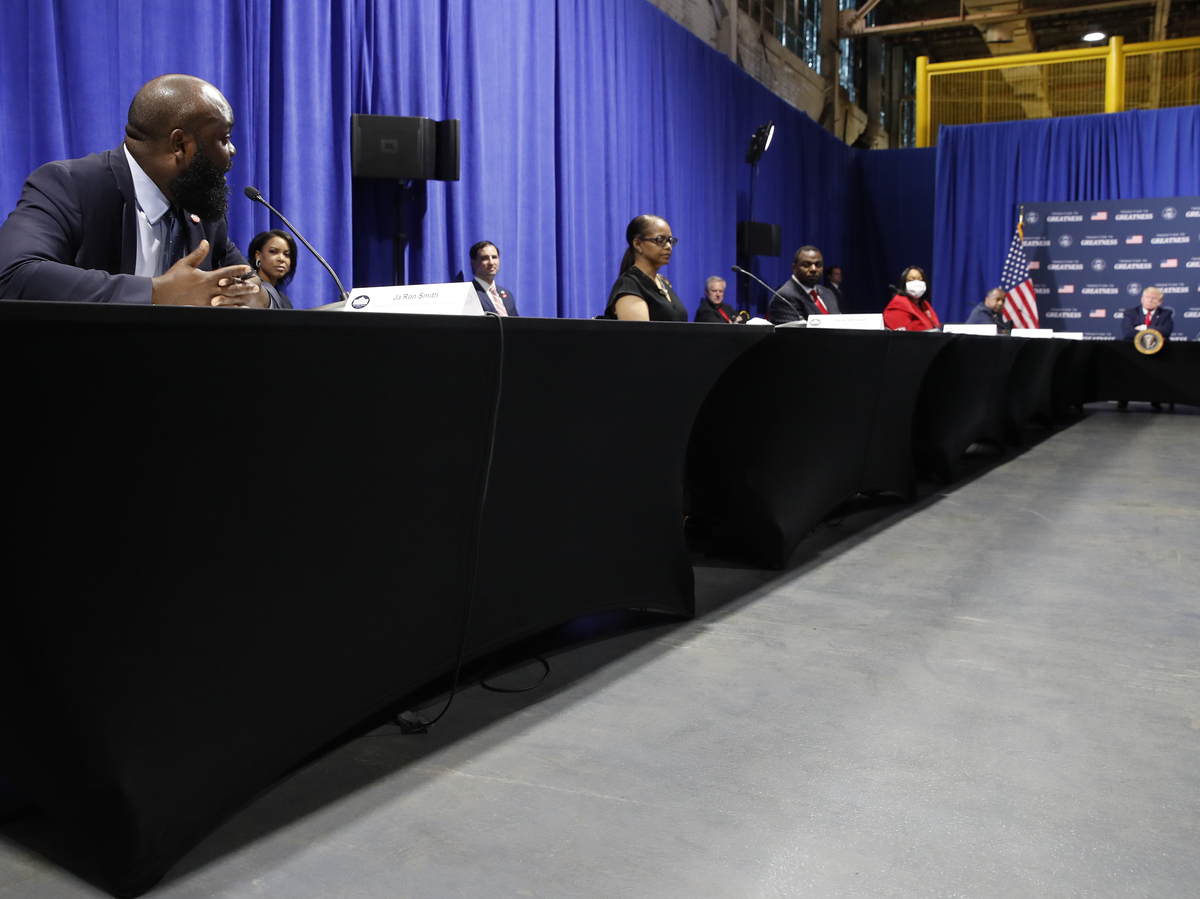 “In previous recessions, these places were just going to continue to be left behind,” Hawkins said. “Now we have something that at least shines a light and points … investors towards these areas.”

Hawkins says his group supports immediate deadline extensions and the longer term extension of the program, as well as legislation that would expand reporting requirements, so the government and public will have a better picture of where investments are going.

He says his members are seeing the pandemic increase demand to invest in businesses in these areas.

But, there is some skepticism.

Brett Theodos is a senior researcher at the Urban Institute, who has been studying opportunity zones. While a multi-year extension may make the program more attractive for investors, he said it’s not going to “restart an economy that’s on ice.”

Theodos said that based on current available data, the vast majority of investments so far have been in real estate and not in operating businesses. He also said, while there have been successes, it’s not clear whether money is actually flowing to all of the zones.

“To date, the program has been more flash than substance,” he said. “It’s not to say that there has been no investment. There clearly has. (But) there’s been a lot more talk and attention on the program than actual material change or investment into communities.”