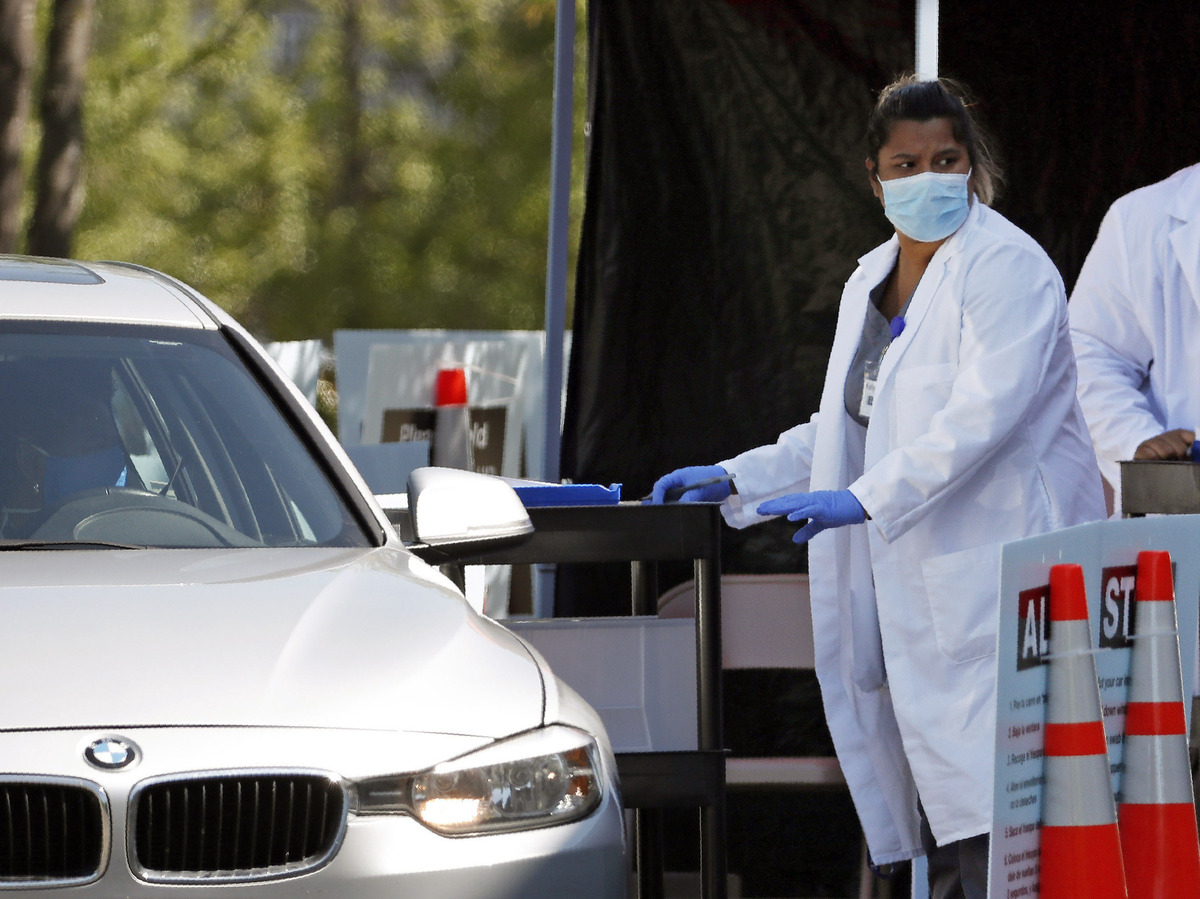 North Carolina’ Department of Health and Human Services announced Saturday that it had recorded 1,107 new infections, the state’s highest one-day spike since the outbreak began.

North Carolina has reported its highest one-day spike in new COVID-19 cases, a development that comes a day after the state entered its second phase of re-opening.

In a statement Saturday, the state’s Department of Health and Human Services reported 1,107 infections – around 250 more cases than the state’s last highest daily tally.

“This is a notable and concerning increase,” said the department’s secretary, Mandy Cohen. “As we head into a holiday weekend, please practice the three Ws – wear a face covering, wait six feet apart, and wash your hands frequently. When it comes to our health, we need to work together to protect our families, friends and neighbors.”

The spike in new cases underscores the challenge that states across the country are facing as they weigh when to ease restrictions designed to stem the spread of the coronavirus outbreak.

North Carolina had spent two weeks in phase one of its reopening before entering the second phase on Friday. Phase two lifted the state’s stay-at-home order and allowed certain businesses to restart or expand operations in a limited capacity.

“North Carolina is using the data to guide our decisions about when to lift COVID-19 restrictions, and overall our key indicators remain stable,” Cooper, a Democrat, said. “Safer At Home Phase 2 is another careful step forward, and we have to continue taking this virus seriously to prevent a dangerous spike in infections.”

The executive order allowed businesses such as restaurants, salons and barbers to be open at 50% capacity with social distancing and cleaning requirements in place. Bars, gyms, and movie theaters were to remained close.

The order also capped mass gatherings at 25 people for outdoor venues while indoor events were limited to 10.

The announcement came as many parts of the U.S. have seen a general decline in new infections and other areas – such as Los Angeles, Chicago and Washington, D.C. – are reporting plateaus.

As of Saturday, North Carolina has reported at least 22,725 coronavirus infections.